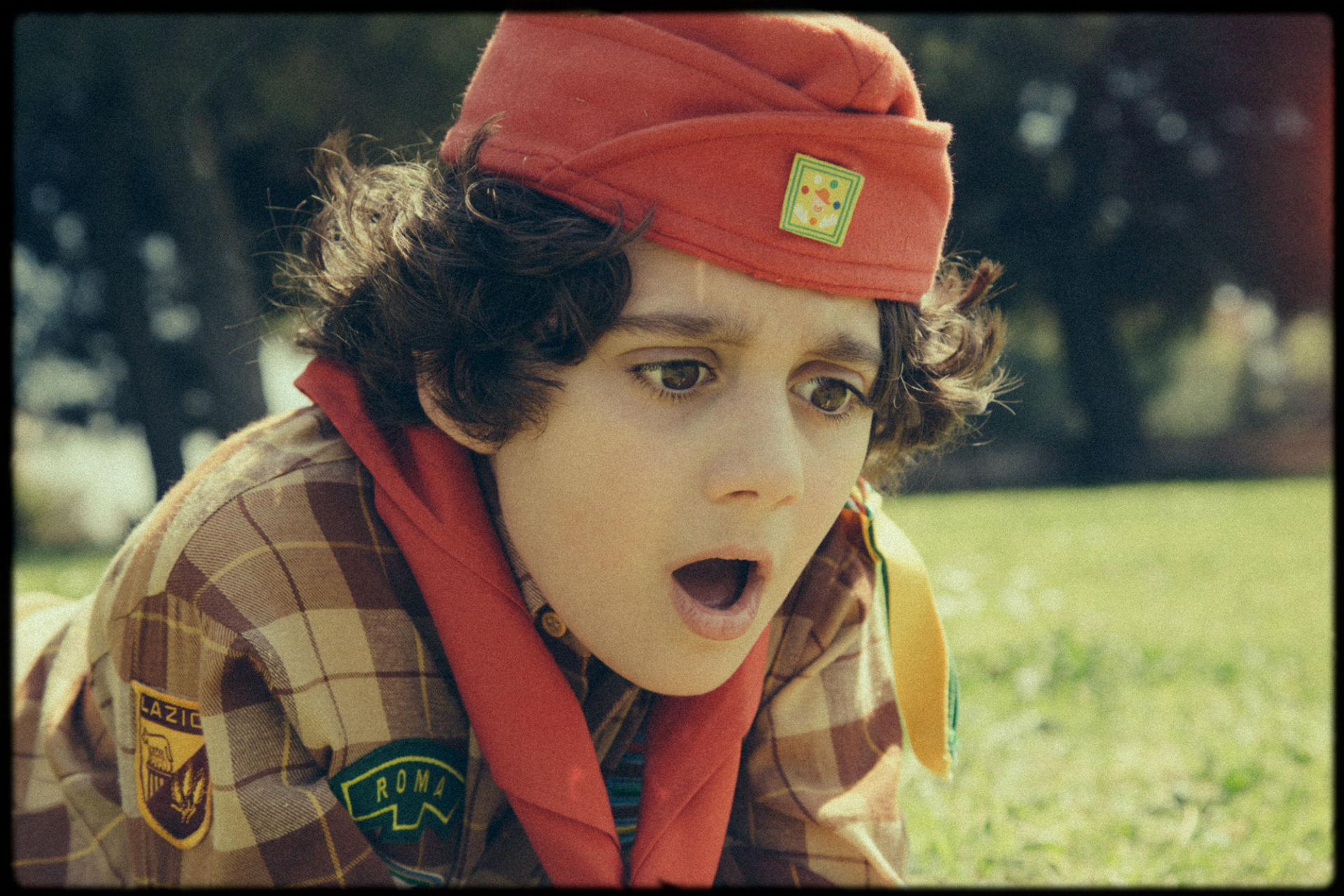 Director Alberto Caviglia who was a guest of the 9. LICHTER Film Fest Frankfurt International met up with Olga Galicka of the Kritikerblog to talk about his film first feature BURNING LOVE, a comedy about anti-Semitism in Italy.

OLGA GALICKA: Your film is a satirical portrayal of anti-Semitism in Italy. What made you choose this topic for your first film?

ALBERTO CAVIGLIA: I’ve spent some time thinking about a new way to portray the problem of anti-Semitism. It is an extremely delicate topic which is always difficult to face. Talking about it can be quite difficult as this issue is full of taboos and touches the sensibility of many people. I had the feeling that most of the common approaches of facing anti-Semitism were becoming weaker, and for this reason I wanted to do something differently. I decided to make an anti-Semite the central character of my film – an anti-Semite who is considered a hero, even a defender of human rights. In the society I portray in BURNING LOVE, a person can be born an anti-Semite and should therefore have the right to express himself freely, whereas the people who don’t approve of this are considered oppressive. Soon I became aware of the fact that the film would be the first one to use satire about anti-Semitism in literature or cinema, and I eventually grew scared. At the same time I realized that satire allowed me to talk about it in a deeper way and to make a much more powerful analysis.

OG.: You chose the very particular genre of mockumentary for your film. Is your choice of genre a reflection upon the modern Italian media landscape?

AC: One could say that the film is about two major forces: anti-Semitism, of course, but also xenophobia in general. The same pattern works for any kind of discrimination and prejudice. On the other hand, the film criticises the modern media system and the way in which it  procures reality. I think that mockumentaries are a very powerful genre for they imitate another film genre that is expected to tell the truth.

OG: My impression is that the polemics on topics like anti-Semitism and xenophobia has increased in Italian media during the past couple of years.

AC: I don’t really think it got worse just in Italy – maybe it’s more about the global media landscape. People are so used to the impression that everything they are told on TV and through online media is always true that they stop using their own mind to reflect upon global events. It has become very easy for the media to manipulate our thoughts into a certain direction.

OG.: Thirty minutes into the film, I had the impression that you’re playing with a parallelism between Leonardos “coming out” as an anti-Semite and a coming out of a queer person. Is this something you did intentionally?

AC: I wanted to make fun of the typical coming out rhetorics. During the first couple of minutes the spectator might think that Leonardo is simply gay. The audience is caught by the classic phrases that are used to describe people living outside the social norm. But in the end he is an anti-Semite, something that doesn’t actually conform with our norms. I wanted to encourage the audience to reflect upon their own prejudices.

OG: Your characterization of Leonardo as a lighthearted hero with personal traits that differ from the social norm reminded me of some works of Ferzan Ozpetek with whom you’ve been working on films like MINE VAGANTI (2010)* or MAGNIFICIA PRESENZA (A MAGNIFICIENT HANUTING, 2012) in the past.

AC: Ferzan Ozpetek often uses irony when portraying his heroes and depicts their perception of the discrimination around them in an ironic way as well. It’s possible that there is some connection between our works.

OG: In the biography of your Twitter page you cite a novel by Philip Roth, “The Portnoy’s Complaint”: “This is my life, my only life, and I’m living it in the middle of a Jewish joke”. How do you relate to this quote?

AC: This is the way I often feel in strange and at the same time funny situations. Sometimes I find myself in the middle of an awkward setting, in which I don’t really know how to behave. But I guess it’s just how I am (laughs).

OG: I had the feeling that BURNING LOVE  has a quiet Jewish humor to it. Its basic principle reminded me of a sarcastic Jewish joke – to laugh about yourself as well as about your adversaries.

OG: Your film has been screened at several international film festivals. Did you encounter any differences in the way people reacted to the film at say the Alès Film Festival a couple of days ago or here at the LICHTER Film Fest Frankfurt International?

AC: The screenings are always different, even in Italy. The screening in Alès was the second one in France. My impression was that French people really appreciated the film, but so did the Germans. I was very nervous before the screening, but the reaction was great. It is always nice to see how people from so far away can find something universal in such a small production.

OG: Your film is set in Rome’s oldest district Trastevere – which turned into a cool, hipster-ish area with trendy bars and shops. Did you choose Trastevere as your film setting to comment upon the life there?

AC: In fact, I’m living in Trastevere. This is a very special and beautiful area, almost like a small town of itself. It seemed to be the perfect setting for the film.

OG: Was there a special reception of the film in Trastevere?

AC: There is a cinema in Trasteverem, the “Cinema Intrastevere”, which screened the film for a longer time compared to the rest of Italy. Trastevere is probably the area where the film had its widest reception in general.

OG.: Your film assembles caricatures of several political groups and subcultures. Did you encounter any hostilities after the film was released?

AC: I’m sure that some people felt offended, but there were no hostile comments. The point of satire is not to offend but to underline different developments in our society. It is a critique that urges you to reflect upon your surroundings. My film comments does not comment one group in particular, but on everything, be it politics, religion or the media.All these groups and their representatives are all criticised in the same way, so there should be no bad feelings (laughs).

OG.: So, you did not receive any commentaries on the film by the “Lega-Nord”?

AC: No, not yet. But I guess it’s just because they missed the film.

AC: I hope that someday they will see it and I’ll let you know then (laughs). Alberto Caviglia, born in Rome in 1984, has been working as assistant director with Ferzan Ozpetek since 2006. Caviglia owns degrees in Literature and Philosophy as well as Photography. His debut BURNING LOVE (2015) was screened at the 72nd Venice International Film Festival.