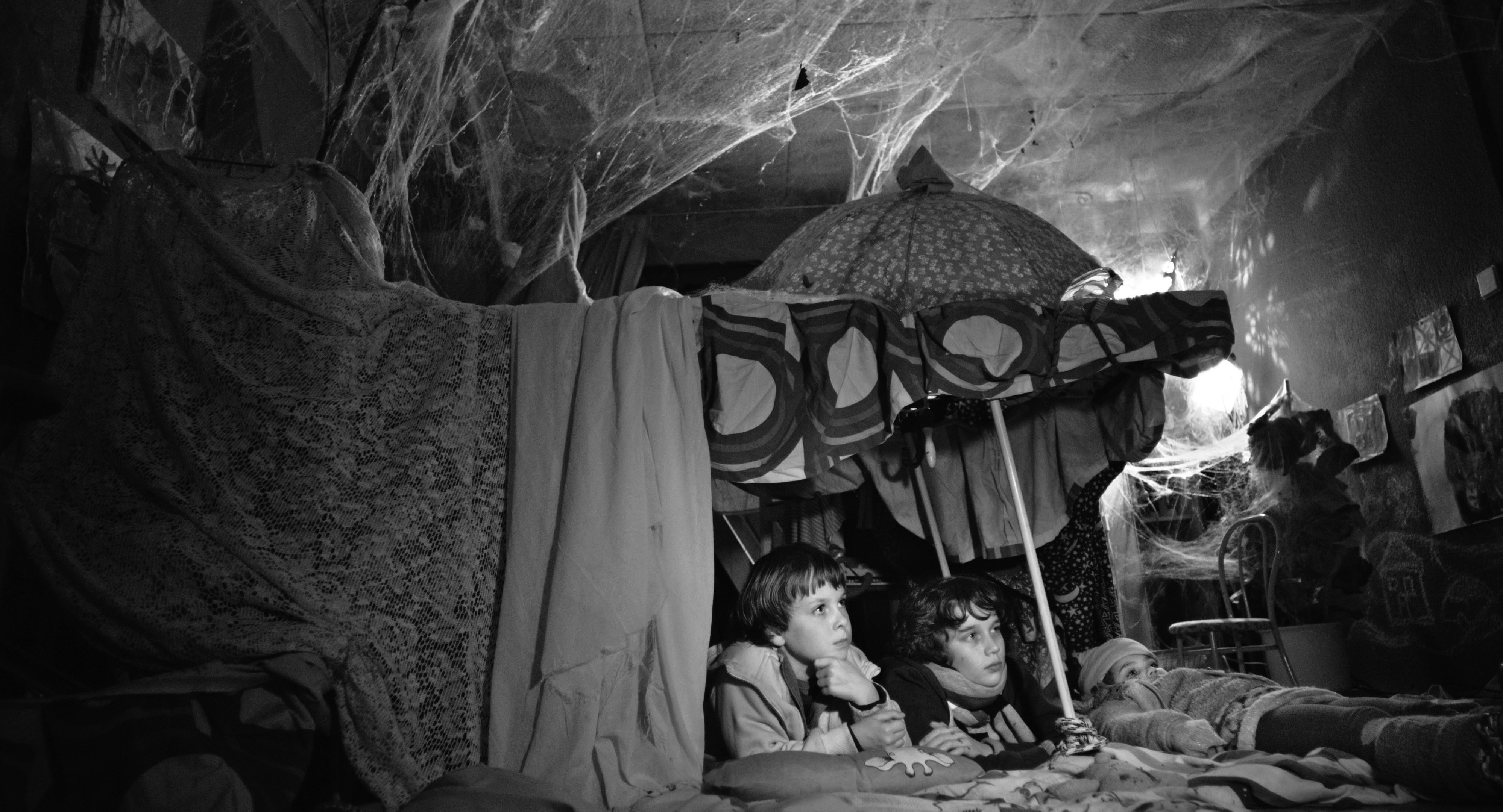 In the directorial debut of Mara Eibl-Eibesfeldt SPIDERWEBHOUSE (IM SPINNWEBHAUS) art mimics life in a modern tale’s take on children surviving absent parents or caregivers. Three young kids – aged 4, 9 and 12 – are left behind by their mentally challenged single mother – a topic often seen in classic fairy tales, but even more in the modern world. Instructed to keep their mother’s absence a secret, the children construct a successful defence against the invading outer world – teachers, neighbours, even their father, who has previously refused to take them on. A defence in the shape of a „spider web“ of the sibling confidentiality and the blind trust in the return of their mother which make up the spine of the entire film. The nurturing direction of Eibl-Eibesfeldt allows the immersion of this otherwise unseen and untouchable world from the perspective of the children themselves – underlined by the intimate photography of Jürgen Jürges and the absence of colour – gradually making it impossible to distinguish between an objective reality and the children’s fantasy. But this is exactly the conclusion that one could extract from this film: that such a distinguishment is not needed. It doesn’t matter whether what we are watching is fact or fantasy: it is sufficient to know that what we see is the reality in the way the children themselves experience it; a fact that makes their fantasy as real as any other reality.